iPerformance ApS is dedicated to one mission: assisting our customers' operations and development departments with improving performance of applications running on the IBM Power i servers (incl. AS/400, iSeries, and System i).

We developed GiAPA with the sole purpose of identifying and diagnosing performance inefficiencies in jobs running under IBM i, formerly i5/OS or OS/400. 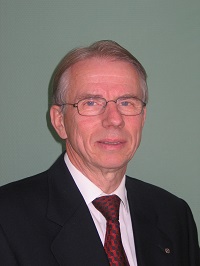 The founder of iPerformance, Kaare Plesner, has worked with the IBM Power System i since its inception in the 80’s from the mid-range systems System/38 on to the AS/400 and the iSeries.

He has taught more than 200 courses for IBM on OS/400 performance in 20+ countries and has been an invited speaker at multiple COMMON conferences in Europe and the United States.

Kaare has assisted companies in 15 countries with optimizing their applications, and has so far never failed to indentify the reason for performance problems for applications running under IBM i.

He is the inventor and key developer of the software product GiAPA. To develop this optimization software he has drawn on his previous experience of pinpointing performance problems within applications.  He can be reached via email at This email address is being protected from spambots. You need JavaScript enabled to view it..